Termite Control and Termite Prevention in Jackson, TN You Can Trust

Cook’s Termite Control in Jackson, TN can help you protect your biggest investment. We offer proven termite treatment and termite prevention in Jackson. Get a free quote now!

Homeowners in the Southeast Turn to Cook’s for Pest Protection

With offices serving six Southeastern states, Cook’s has been providing pest control and termite control in your neighborhood for more than 90 years.

Our 110% Satisfaction Guarantee is designed to give you confidence that when you sign an agreement with Cook’s, you’ll be completely satisfied with our service. As long as you are a Cook’s customer, your pest control technician will return as often as needed to ensure your satisfaction.

Why Do I Need Termite Prevention and Control in Jackson, TN? 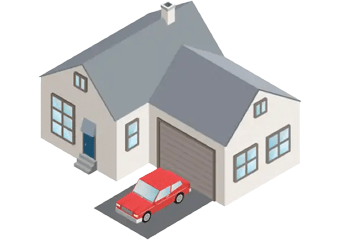 Do you think that minuscule creatures don't present major problems? They can. In comparison to some other common pests in Jackson, such as house spiders or fruit flies, a colony of termites can be a serious threat. Termites can seriously damage one of your most prized investments: your Jackson house. Get a Quote

Termites eat and digest cellulose, which is what makes up wood and sheetrock used to build your home from the ground up. A single mature termite colony is made up of over 60,000 pests that have the capability to eat upwards of a pound or more of wood and other materials every day. If they're not stopped, a single colony will be able to quickly eat away at and damage your home — resulting in thousands of dollars in avoidable repair costs. Home insurance coverage plans will not cover the costs involved in repairing termite damage. You shouldn't put off termite prevention or control.

Termite colonies tend to become noticeably active when they swarm Unfortunately, it’s often around these months that unprotected homeowners are surprised and finally start to think they’re in need of a home termite treatment in Jackson, TN. The early spring months are when you could see a group of these harmful pests actively flying about on your property.

Aside from seeing a swarm of termites, be aware of these signs that you require termite removal in Jackson, TN. Stay aware of structural changes such as peeling paint, small holes in drywall, loose wood, wood that sounds hollow when tapped, loose tiles, and any new patterning left on wood items. Other signs of a termite infestation include floorboards with new squeaks or stuck doors and windows. A termite colony may leave wings or droppings (known as frass) in their wake.

What To Expect During Your Termite Control Service in Jackson, TN

With Cook's Pest Control, your termite control will include protection of your home and other covered structures on your property — and, ultimately, you can expect careful and complete termite protection coverage. Once your initial Sentricon® System installation is complete, you'll need to maintain termite prevention in Jackson, TN. Your termite technician’s routine inspections are essential and work to stop termite infestations, since termites don't lose their appetite for the wood and materials in your home.

Why Go With Cook's Pest Control for Termite Control in Jackson, TN

Cook’s Pest Control has almost a century of experience doing our part to help people like you keep their spaces free of most pests. When you choose us for your termite control in Jackson you have the option to make use of our customer satisfaction guarantee. We're here to give you 110%. So long as your home is under the care of Cook's Pest Control, we'll come out as often as you need until you feel totally satisfied with your termite control in Jackson, TN.

We are committed to our founder’s values of family, faith and community while providing reliable termite and pest control in Jackson. We’re here to help you preserve what matters — which includes owning a healthy and happy home. Get your free quote for termite control iin Jackson, TN now.